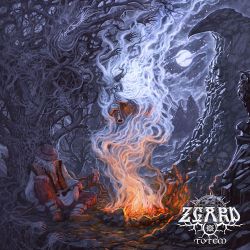 The Ukrainian one man-institution Zgard, unmatched when it comes to folk-influenced atmospheric pagan black metal, now reveal their fifth album, titled Totem, which is dedicated to the Veles, the old Slavonic god of sorcerers. Dipped into a conspirative and penumbral atmosphere showing a foggy and fiery scenery of rituals, the listener is taken on a journey that's fast-moving and opaque. The interplay of speeding drums, torrential vocals, and acoustic elements such as light flute, plucked guitar, and airy voice interludes promise an alternating bath of emotions. If you like to be drawn and drowned by such a folkish mood, Zgard will make your day. 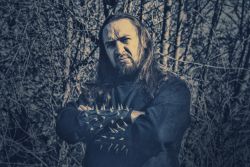