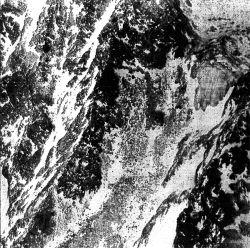 Altare Productions is proud to present a vinyl version of one of last year's most hidden gems: Turia's debut album, Dor, set for international release on April 1st. Hailing from the ascendant Dutch black metal scene, Turia are a trio of exploratory alchemists who use black metal as a base foundation, respectfully but not exclusively so. Their visions are vast, and thus they weave compositions suitably expansive for such sights. Comprising four songs across 38 minutes, Dor is a heaving, hideous mass of infinitely resonating tones and forever-cyclic rhythms. The manner in which it pulses and more especially cascades suggests a celebratory aspect - but not "in celebration" of anything conventionally positive; rather, the three players are locked into each other's innermost energies and jointly seek transcendence through immersion and, successively, improvisation.

As explained in an interview with Ponto Alternativo, Turia's songwriting mostly stems from guitarist O while drummer J and vocalist T then “just find a way to finish the song.” It's a recombinant process which yields maximum catharsis, both for those players and especially the listener. In turn, Dor reflects a judicious and studied minimalism that drives deeply into the heart of black metal, yet a heart that equally beats to krautrock and kosmische traditions - and in turn again, those visions aren't exclusively earth-bound. However, the natural world is indeed an inspiration for the band, and a metaphor for those expanses across Dor. As T explains in that same interview, “It’s a place where there is not much going on, while at the same time, it’s very overwhelming but without being all over the place.”

Originally released on limited cassette late last year, Altare is honored to now render this monumental record in the format it so deserves - vinyl LP. Long may it provide transport for dreamers far and wide. 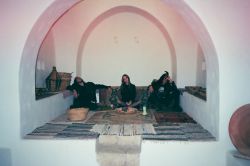