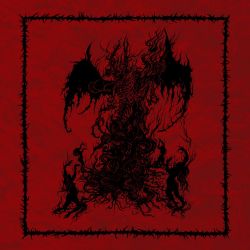 Spanish underground label Bile Noire rhas announced recenty its new release, which pay tribute to German Unholy Trinity – the great kvlt KTHRSS! If you ask «Who they are», I answer – «If you don`t know them, you shouldn't be here». We all know and never forget these legends and the Great Master’ skill in preparing the sweet poison of the true suffer, in forging the sharpest implements for the bloody harvesting. At last, in the performance agonizing music of death, that praises HIS will.

Who dared to pay tribute to one of the Archetype of Monumental EVIL? Bile Noire dared. What is this act of desecration and who involved there? «Devastators Of The Suns» is the eleven immortal hymns of KTHRSS, which was performed, recorded and prisoned in a cassette release by the eleven followers of the great cult. Not all of the followers gained honor and reverence one the battlefield of the great carnage. Neophytes, Black Path Adepts and authentic Heralds of Apocalypse, proved their strength to the local underground circles their own anthems. The followers come from far and savage lands. Sure thing, some followers are from Spain but the rest are scattered around the old and new world. There are compatriots of the great kvlt… and there are our compatriots.

Cassette to be released in April 2019 in collaboration with No Return. Cover artwork done by Mar.A Artworks (Cultes des Ghoules, Bestial Raids, 13th Moon). More news waits from the label.

Eternal Hail to the Beast! Awakening is close!