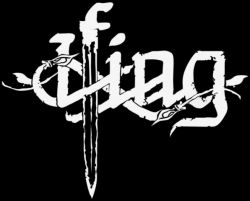 VinterHeim: Before Ifing was started, all you were a part of Melodic Death Metal band Through the Mist. As far as I can judge, musical and lyrical themes weren't connected in any way with the Norse or Pagan mythology. What induced you to create the project which would radically differed from the main (at that time) band? Tell how was born an idea to create such project and what purposes you set for itself within Ifing activity?

Fritz: Through The Mist was our first foray into writing and performing heavy metal. We were all going through college at the time. This was around 2004 or so. The band was made up of some longtime friends, including Tim (Ifing drummer). We all had a similar interest in heavy metal music. At the time, our common interests included horror themes and stories, and general dark imagery. Our sound could have been labeled as a Dark Tranquility-style Gothenberg melodic death metal. Of the extreme genres, my passion always belonged to Black Metal. In particular, the Earthy, organic-sounding Black Metal that included dense atmosphere and acoustic instruments. When Through the Mist disbanded due to creative differences, Tim and I set out to create music that was closer to our hearts. Many of the bands and artists that have inspired us have used Norse/Pagan themes and imagery. This music is a perfect backdrop for these ancient stories and tales. As the Earth ebbs and flows, so too, does the music. The natural world helped inspire and formulate much of the Northern European mythologies. I too, am inspired by the awesomeness of our world and beyond. This style of music and mythology is perfect for describing and articulating my feelings and visions in regards to where I feel I stand in the universe. Ifing provides me with a spiritual fantasy of sorts, set to music.

Is the beauty of the nature of your native land had influence on Ifing music (if yes, how exactly)? Not all readers from the CIS are familiar with geography of the U.S.A. and don`t know that the Grand Rapids is located near great Lake Michigan and State is northern and borders on Canada. Can you name the most atmospheric places which you visited and where you got (probably) the most inspirations?

Tim and I come from northwestern Michigan’s lower peninsula, which has stunning countryside. In Michigan, we have the freshwater Great Lakes. These great bodies of water were once glaciers, which carved out and left behind wonderful lakes, streams and waterfalls, rolling hills, great bluffs, and sandy beaches. With it’s dense forests and the beautiful changing seasons, the northwestern area of Michigan is, in large part, a fairly well-kept secret. When most people think of Michigan, they think of Detroit or Lansing, which are extremely industrialized areas. My heart will always roam the forests of northern Michigan, and I’m proud to call the area my home. The natural beauty found here has certainly left it’s mark on the demeanor that our music emits. Personally, many outdoor hobbies, including hunting, fishing, hiking, and farming have fostered my love and respect for the natural world, and my ability to transform those feelings into music. Autumn and winter in Michigan are both very inspiring for this type of musical expression. The beautiful colored trees lose their leaves and the land becomes blanketed with beautiful white snow. Change and transformation are important aspects in Norse mythology, and the seasons are a perfect display of these themes. They serve as constant reminders that time is always moving forward, and never relents.

What can you tell about music which has inspired you to create Ifing? How are wide your musical tastes? Do you try to broaden your musical outlook?

I find a real honesty in Black Metal. It has, from the beginning, been the antithesis of over-production, letting the musician’s primal emotions and instrumentation spew to the forefront without the aid of the studio trickery that can be found in many popular musical genres in this day and age. Creation, life and death, and the ever-changing Earth and universe are all themes that I believe are owed a great deal of emotion in celebrating musically. Black Metal is a perfect expression for these themes and feelings. Important recordings in the development of our inspiration include Enslaved’s Eld, Below the Lights, and Isa, Windir’s Arntor, Agalloch’s Pale Folklore, Moonsorrow’s Verisakeet, and Primordial’s Spirit the Earth Aflame, among many others. Tim and I are fans of extreme music in general, including some Death Metal and even Ambient artists. I personally enjoy most any music that creates an atmosphere that one can escape into.

Let`s talking about a debut album "Against This Weald". How long you worked over its creation? Are you succeeded in implement your ideas fully?  Was it your first experience of record of such music? Are you happy with final result?

The songs that comprise “Against This Weald” were written and recorded throughout 2010-2012. Writing this style of music is a labor of love. As an artist, it’s very rewarding and gratifying to watch your visions come to fruition. On the other hand, it can be maddening when your visions aren’t forming the way you hope. Knowing when to step away to clear the mind is essential. Tim and I have many ideas that we look forward to trying out in future songs. “Against This Weald” was the first time that Tim and I have ever recorded music of this magnitude, both in regards to song length and instrumentation layering. Tim and I are fairly happy with the outcome, but certainly have things that we will look to improve upon in future recordings.

According to most opinions, "Against This Weald was quite good album, but not became brilliant or special. Was your debut album some kind of "first attempt at writing" or maybe you specially didn't expose all your creative potential for some reasons? How are important for you opinions of critics and listeners?

How the material is received by the fans is of little concern to us. Certainly we are humbled and grateful that we have received some positive attention thus far, but when writing, Tim and I are focused only on making music that moves and satisfies us; music that we, ourselves, would enjoy listening to. It really is irrelevant to us if someone deems our music “just ok” or “missing the mark”. We will continue writing and recording music whether we have 100 fans or 5,000. The potential for creating new and interesting music within this genre always exists. Tim and I will continue to explore new ideas without trying to “reinvent the wheel”, so to speak.

What means the album name? What is its lyrical message and sense of album?

The title of the album is taken from the lyrics of “The Stream”: “Against this weald we shall stand no more”. The song tells a story of a warriors death and the journey to the afterlife in Norse mythology. “Against This Weald” is in reference to the drama of life and death playing out against the backdrop of an uncultivated and ancient Earth. “Realms Forged” is about the Norse creation myth. The lyrics for both songs are written in such a way that a fictional story is being conveyed alongside the actual Norse myths.

Whom from local Black Metal scene you can advise \  recommend? Do you keep in touch with bands from other countries? Do you believe in some kind of the union of friendly bands, united in spirit and helping \ supporting each other?

We have only recently begun releasing music, so we have virtually been unknown until this moment. A few bands have reached out to us, showing an interest and giving us support. We are very appreciative of like-minded musicians who exhibit a similar passion towards this expression. Creating relationships with these other artists can be a good thing for promoting your music and getting it out to a new audience.

Who worked on album artwork? How much important for you the visual part of an album? And what exactly is figured on a cover – concrete existing place or a place from imaginations of the artist?

The album artwork was created by Anthony Shechtman, an artist based in Grand Rapids, Michigan. For those interested, he can be found on Facebook. I gave him a vague idea of what my vision was, and he created a world that paints a perfect backdrop for Ifing’s musical tales. The visual aspect to our music is extremely important. We wish to carry listeners to an ancient world when they close their eyes.

Ifing – exclusively studio project? Do you planning to implement live performances? And if so, would we have a chance to see the other members of Through the Mist in Ifing live line-up?

Tim and I are open to many possibilities. At this point, Ifing will be a studio entity, as it can be difficult to find the personality types necessary for us to move forward with a live performance. We know many musicians, so the possibility certainly exists. All of the music is written in such a way that it will hopefully translate live, in the event that we decide to try it. It could be rewarding and fun. Much rehearsal would be needed, and it may or may not interfere with the writing of new material. Personally, I have more desire to continue writing and creating. My primary interest and priority is in the writing and recording process, not in the performance aspect. My relationship with music is much like a painter, who has little desire to create art in front of an audience. It will be exciting to see what the future holds.

There are many European bands in general that we have a great deal of respect for. As far as Eastern Europe, I think Romania’s Negura Bunget and Dordeduh are great. Ukraine’s Drudkh have been an inspiration as well. Our Blood Music label mates Kauan, from Russia, play a dark form of post-rock/folk/doom that is very unique.

Thank you for this opportunity. You can find us on Facebook. You can “Like” our page and we will keep everyone updated with news as we move forward. Our email is Адрес электронной почты защищен от спам-ботов. Для просмотра адреса в вашем браузере должен быть включен Javascript.. Thank you so much for listening! 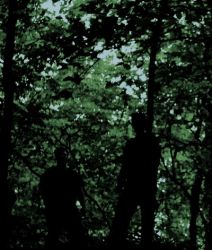 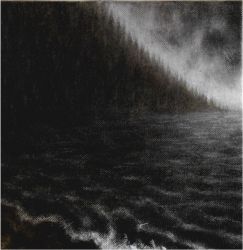