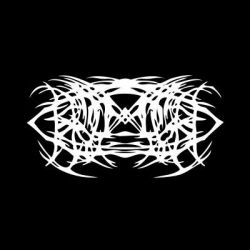 Tell shortly about the rise of Crom Dubh. According to the formal information the band was formed in 2003. What was the reason for such a long way to the realization of the debut Full-length album? What does the name of the band mean and why was this very name chosen? Are you satisfied with what the band has achieved for the years of its existence? Would you like to change anything in the past, if you had an opportunity?

M.: After forming in 2003 we recorded two demos and went through several line-up changes before releasing ‘Deifr’ as a three-piece. It wasn’t until ‘Deifr’ that we came upon the right sound, though this changed again in the writing and rehearsing that went into preparing for ‘Heimweh’. We are a band that takes its time and doesn’t rush. ‘Heimweh’ has been well received, and we’re looking forward to playing more shows outside of the UK in the near future. I don’t think we’d change anything – good work takes a certain amount of time…

Crom Dubh is a pagan god from Ireland. The significance of his name has changed a great deal for us since we chose it thirteen years ago. For us now, Crom Dubh is a metaphor for the ancient world swept to the far corners of our everyday experience; a world of awesome and terrible power that most would rather keep hidden from thought and sight.

Before the debut album “Heimweh” was released there were such releases as demo “Damnation upon Us” (2004), demo “Fallen Sons” (2005) and EP “Deifr” (2010). Are they significant for you now, especially when the debut album released? Are they still of much account? Does it make sense for the listeners to explore Crom Dubh from the very first releases, or it is better to start with “Heimweh”?

‘Damnation’ and ‘Fallen Sons’ are the works of a young band trying to find its feet, but they stand on their own two feet nonetheless. ‘Deifr’ is a lot closer to the sound of ‘Heimweh’, and listeners who have enjoyed the LP will probably appreciate the EP too. The demos will probably only appeal to listeners who like their BM a lot rougher and a bit more punk – more second wave than anything else.

Let’s discuss “Heimweh”. The album was accepted well, and the material itself is rather good both in regard to British Black Metal scene and European Black Metal in a whole. How do you estimate your work? Are you contented with what “Heimweh” has resulted in? Does the opinion of audience and critics make sense to you?

The reception of the album, as you say, has been very good on the whole. We know it’s a great record, and we’re looking forward to taking the next step forward with the follow-up. There hasn’t been an enormous amount of publicity for it, so I think we’re waiting for it to make its way out to people a bit more slowly. I’d far prefer this than for it to be overhyped and quickly forgotten. Making music that we’re happy with is much more important to us than the opinion of bloggers wading their way through the fiftieth album of the month and giving it one spin.

What can you say about the musical side of the album? Was it formed gradually through the years of the band’s existence or you found the way recently? Do you consider yourself as a part of Atmospheric or Heathen BM or prefer to avoid wearing tags? What bands do you feel have influenced the music of Crom Dubh?

The band’s sound was formed over a number of years, and developed organically. Some of the tracks on ‘Heimweh’ we have been playing for a decade now. We’re primarily influenced by black metal, folk, post-rock, and heavy metal, though I don’t think we’d claim to belong to any particular scene or genre. Bands who have been particularly influential in defining our sound – to name some obvious names – are Darkthrone, Hate Forest, Drudkh, Primordial, Weakling, and Destroyer 666. 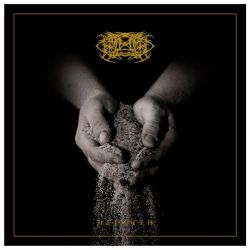 Tell about the process of recording “Heimweh”. Since it is your first full-format album we find it interesting to know if all participants had enough experience to record the album as it was planned or maybe you had some problems? Why have you decided to trust to Patrick W. Engel and his studio Temple of Disharmony to do mastering, and didn’t ask local sound engineers?

The recording was fairly straightforward, the budget was low. We paid for the recording and did the artwork ourselves, before finding a label. J. C. Volgard (ex-Scythian, ex-Craven Idol) recorded the album over a few weekends. Drums took a couple of days, we did the guitars in a day, the bass in a couple of hours, and the vocals are all first or second takes. It kept the sound rough and loose, as it should be. Mixing took a few sessions, and we had some discussion about keeping the vocals low in the mix as a percussive instrument, but our ideas about what we wanted were clear from the beginning. We asked Engel to do the mastering as friends in other bands had been very happy with his work.

Let us speak about lyrical and ideological aspect of “Heimweh”. Is the lyrical concept solid or maybe it consists of different disconnected themes and concepts? To what extent concept is important for creative work of Crom Dubh?

Lyrical concepts are very important to Crom Dubh, and the album has an underlying concept that connects every song. ‘Heimweh’ follows the cradle-to-grave narrative of a human life from birth to death, and through all the stages of glory, horror, and desolation that lie between. The name of the album is from Primo Levi’s two-part Holocaust memorial, (If This is a Man, and The Truce). Levi describes the collective experience of himself and his fellow victims as follows: ‘The wooden hut, crammed with suffering humanity, is full of words, memories and of another pain. “Heimweh” the Germans call this pain; it is a beautiful word, it means “longing for one’s home”. We know where we come from; the memories of the world outside crowd our sleeping and our waking hours, we become aware, with amazement, that we have forgotten nothing, every memory evoked rises in front of us painfully clear’.

Absolutely. We had a very clear idea about the album artwork from quite early on, and ‘Heimweh’ leads on from ‘Deifr’, the cover of which is a photograph of a waterfall at Tintagel. The cover art of ‘Heimweh’ is a fairly straightforward metaphor – human hands clutching the dust from which we are made, and to which we will return. This also incorporates some of the ideas from Carl Sagan’s ‘pale blue dot’, an image of earth from billions of miles away, which shows our world to be no more than a ‘mote of dust suspended in a sunbeam’.

How do you like working with Van Records? Tell about the appearance of your alliance. Do you have any common plans for future, or it was a single deal?

We were fortunate that our friends in Grave Miasma passed the promo for ‘Heimweh’ on to Sven at Ván Records. There had been some generous offers from elsewhere, but nothing like Ván, which has an amazing roster of bands. Working with Ván has been great – very professional, very efficient. We are hoping to work with Ván again on the next record, but I guess we’ll wait to see how things go with demos for the new full length first.

The concept of Crom Dubh is connected with various European myths, but can you say anything about your own personal worldview? Do you consider yourself to be a heathen or an atheist, or anybody else? Are your actual attitudes similar to the themes of Crom Dubh creative work? Can you reflect on Satanism, Nihilism or misanthropy? Do you share any of these philosophies?

I can’t speak for every member of Crom Dubh, but yes, the music reflects my personal worldview. Humans made their gods, but this doesn’t make those gods any less interesting, or – in many ways – powerful. Most of what drives the lyrical and thematic content of Crom Dubh stems from interest in humans and our understanding of ourselves and our place in the world. 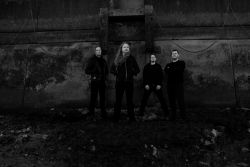 Despite having been around for more than a decade, we haven’t played all that many shows – I think we average a couple each year. That’s not likely to change any time soon, as we have commitments to other bands and our personal lives that make it difficult to rehearse and travel to play live. Playing live is important to Crom Dubh, but we will never be a band that tours much or plays that many big festival shows. It makes live performances important and significant; we won’t be a band who comes round every year to play the same set in the same way.

The Black Metal scene in Britain is very scattered, and from our experience the scene in London is no better than the scene anywhere else. Most bands come to play in London, so audiences there are often complacent. Getting out of London to play elsewhere is great, but audiences are not large anywhere. Wodensthrone were great, but have just split up. Terra from Cambridge released their first full length in 2015, which is a very powerful piece of work – I think we can expect great things from them.

Unfortunately we don’t get to hear much Black Metal from Eastern Europe. We know that there are plenty of active bands that exist, and some have been in touch about gigs etc, but there is hardly any promotion for these bands here. Whilst as music fans we try to find things that excite us, there is simply so much out there; it’s impossible to hear it all. In terms of cornerstones, for our ears Drudkh (and Hate Forest, Blood of Kingu – you see a pattern here) get a lot of listening.

We are currently writing and rehearsing a full-length album in preparation for recording in 2017, and will be debuting some new songs live very soon.

Thank you for Interview. Any final words?

Thank you for the interview – we hope to see you at a show soon!