Vrångbild was formed in 2004. Frankly speaking the latest records seem to be more significant for listeners all over the world, while your discography is rich. Give your assessment of the way you have passed. How your personal views changed through the years? Is there anything you would like to change if you had such opportunity?

Gråsjäl: Well, one could say that the early records just served the cause to cope with my own personal problems, whereas my new stuff works on some more levels, musically as well as in terms of content. I assume that's a natural process of artistic ripening, or whatever.
Concerning your other question, I can't recall any unforgivable mistakes at all and am quite contented with the way it went for me.

Vrångbild has demos which we unfortunately know nothing about. As we know there are many of them and they have formed the primary image of the project, laid its basis. Tell something about these demos. Does your present-day creativity harken back the early period of your work (2001-2006)? Do you have plans to reissue these demos?

First of all I have to say that the discography shown on the Encyclopedia Metallum is rather incomplete.
There are in fact some more demos which I didn't bother mentioning anywhere because most of them aren't really worth the effort, they are raw and quite experimental, euphemistically spoken.
Anyway, there might be reissues of some of the really old demos, containing this monotonous Black Metal I used to play at this time, as well as the „Poison to the Rats“- Demo, which one could say marks the change of musical course to the more complex and athmospheric style which got the attention of the public.

Now let’s discuss your new album “Into the Abyss in Zero” from which I actually started my familiarity with Vrångbild and was deeply impressed by this. It is strong and includes so many musical aspects, and the playing is good. I would not compare this work with others but still, “Into the Abyss in Zero” seems to be more grandiose and solid work than “…Jails in a Teacup”. Are you contented with the release, issued in a digital format by the way?What are your relations with reviewers? Do you pay any attention to what they say or write, or how much time they spend on discussing your creativity? Or maybe you avoid contacting with them and remain a mystery…

In my opinion being contented whith an record would mean a creative stagnation, the death of this urge to do things even better than before.
I accept the album as the next step on my way, even as the one which might be the most innovative until i recorded the upfollowing Ep „Crystalline Veil“, but I'm still driven to create an even more complex and diverse cosmos.
I want the listener to get lost in the athmosphere for real, so I'm constantly working on even darker stuff...
When it comes to reviews I'd like to tell you that I'm totally indifferent to the opinion of others, but that would'nt be true. I do read reviews of my work when I come across them, but I usually don't bother contacting zines at all.
In all the years of my musical career there has just been one time I sent a record to a reviewer, to wit „Into the the abyss in zero“. 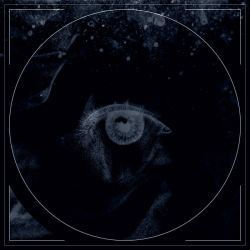 Tell about the process of recording music, especially “Into the Abyss in Zero”. Do you prefer professional studios with plenty of amplifiers or your own home studio?You write the material of your own. Would you like any other musicians to join Vrångbild, or it should remain wholly in your hands?

I suppose one could figure out the answer to all of these questions by listening to my works.
To make it short, I do record all my solo-stuff in total isolation in my tiny home-studio without daylight on an abandoned farm, which should explain the athmosphere of my works as well as the raw sound.
Since I've got no ambition to perform any of the Vrångbild-material on stage, there is no need to involve others at all.

“Into the Abyss in Zero” resembles me a composition of coarse and hard Black Metal with an atmospheric aspect and psychedelia, which altogether for me is a quintessence of true north desert, silent and cold. What is the origin of your personal views which form your music? Can you describe the images that come out inside of you and take the form of Music?

Lyrics are definitely not the major point of “Into the Abyss in Zero”. But still, I would like to know what are they about and how they are constructed. What role do the lyrics play in your activity?

The lyrics actually do play a significant role in all my musical activity, but they aren't always supposed to be available for others.
For me it's important to put my contempt into words, but these words must not necessarily end up in the booklet as well, at least not in every record.
Normally they are for weird and muddled anyway to seriously provide insight into what's going on in/with my brain, so I usually decide just to print one excerpt to stand for the whole lyrical aspect.

The first albums were released on labels well-known in Underground (Self-Mutilation Services, Le Crépuscule du Soir Productions). “Into the Abyss in Zero” was released in digital format on Bandcamp. Did you really decide to refuse to cooperate with labels and why? Does this mean that you want to contact directly with the audience without mediation by third parties? Do you agree that future commerce belongs to digital formats?

After putting the „Into the abyss...“ online, I even got several offers from various labels, determined to release the Album, but due to different reasons I decided to decline'em.
Actually I'd prefer to have the album in a physical format as well, but to find a fitting label turned out to be harder than I thought.
In general I won't collaborate with labels who sell any right-wing political stuff or even publish such albums.
On the other hand these blokes who are totally into Post-Black Metal und other aesthetic junk don't get anything out of my music, or, at least, my shabby sound.
So I chose to make my records available for free download, which in fact led to much more attention than I would have dreamed of.
Concerning the future of digital and physical releases, I've to concede that there are some good points about the digital format, but the way the so called Black Metal-Scene embraces social media in general disgusts me, to be honest.
Black Metal doesn't belong on Facebook !

The creation of the visual aspect always tires me out a bit.
This is the irritating work which you have to embark on after the recording, the actual work, is done.
Therefore my artworks often are rather puristic.
Furthermore I couldn't claim to have any kind of conception for the visual design, although the eye, which admittedly occurs quite often, does have a meaning for me personally, as it might be seen as a symbol for both conscience and consciousness, but I don't wanna expand on this topic in this context.

What is the main idea of Vrångbild? Is having an idea important for you? Does your music base on concrete images or it is abstract and has nothing to do with reality? What are your worldviews outside the creativity?

Because I've got several bands and solo-projects beside Vrångbild it actually is important for me to have specific ideas of what each of them is supposed to express. Otherwise I fear they would sound all the same. The Vrångbild-conception is all about athmosphere, pain put into tunes, feelings of infinity.
For the filthy touch I've got other projects which are to be more fucked-up, concerning the musical idea as well as the lyrical side.
Regarding my personal views I already mentioned that I've got an aversion to right-wing politics, although not being fond of fascist ideologies doesn't include being a fucking philanthrope !
Despise'em all the same !
I try to avoid the company of others and I'm definitely not inclined to see the human race as the crowning glory of creation, more likely the disgrace of evolution !
That has been one of the reasons to leave Berlin and move to the Swedish countryside, where it's possible to live in kind of a peaceful seclusion.

What is inspiration for you? What are the sources of your inspiration? Is it nature, or megalopolis, or it is what you see and feel, or it lies within the subtle world created by taking drugs or travelling to some wild deserts of snow and frost, or going up to the top of the highest skyscraper… 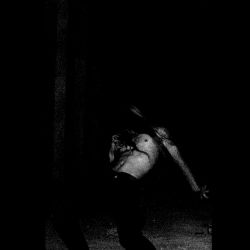 Everything around me provides inspiration for my artistic expression, nature as well as urban life and, of course, narcotics.

The Ep „Crystalline Veil“-Ep in fact has been a way to process the hardest time in my life some years ago..., you don't have to be a genius to imagine what kind of abyss songs like „Mephedrone“ are about...
In contrast to apparently most Black Metal-Artists my music isn't an attempt to escape from reality and everyday-life at all, it rather directly deals with these things in a way that's kinda soothing for me.

Vrångbild is an Underground one-man band which doesn’t play live. I would like to learn about your attitude towards present-day live shows. Will Vrångbild remain solo-project forever? Are you categorical about performing or on the contrary you have plans to form a band for playing live, sometimes or on a regular basis?

As I said before, I've got numerous other bands and projects, some of them absolutely stage-compatible, so Vrångbild will remain a „studio“-project. It wouldn't be fitting anyway to performe 15 minute-songs on stage, apart from the fact that you'd need more than 10 musicians to realize the musical idea of Vrångbild in a live-context.

Well, 10-15 years ago I listened to a lot of bands from Poland, Russia and the Ukraine, primarily Black Metal but due to personal reasons I grew an affinity for the Lithuanian language since, so I'm more into bands from Lithuania at the present time.
But to name the most worthy band is impossible since it always depends on personal preferences...

There is nothing to tell except that I'll continue recording.

Thank you for the opportunity to speak about Vrångbild!