Multithumb found errors on this page:

WinterHeim: Greetings.
We start our interview in the time when the band is standing at the crossroads – change of the title, change of the musical and ideological course, and search of new members. But this situation is not new for you – remember Thy Plagues, which had experienced this, being transformed into Thrall. Now it seems to be the same case, except one thing – you have released a lot of material under the old title, and gained recognition among listeners. How could you characterize this situation – is it bad, or good? What does the new title “Vermis Ultra” mean, and how it correlates to the old one – Thrall? Are you contented with what you have achieved for 10 years of total misanthropy?

Tom Void: I am pleased with what Thrall achieved. However, I am not satisfied. In my opinion the project has never been able to reach its full potential. I wanted to tour in Europe and North America.

All former members are actively performing and recording with other projects that are of a high calibre. I am grateful for their contributions. Recent releases by related bands include: Ruins – ‘Undercurrent’ (2016), Extinct Exist – ‘Cursed Earth’ (2016) and Hordes of the Black Cross – ‘Dawn of War, Nights of Chaos’ (2015). Thrall will continue as a solo recording project. Basically this is a return to Thy Plagues. I have had another album written for more than two years. The working title for the fourth album is ‘Anthropocene Nihilism’.

Vermis Ultra means ‘worm/maggot beyond’ and Nieves Penitentes means ‘penitent snow’. More details will come in due course. The direction of these projects depends on the trajectory of other bands.

I am currently recruiting members for a new live band. This band will be faster, more technical and aggressive. I will reveal more in due course.

I am continuing to perform with Slothferatu. This is a NWOVSM/doom band. We plan to record in 2017. This band includes members of Whitehorse and Urns.

Let’s go over your full-format albums, which are one solid element and glorify the name of Thrall for long in Black Metal community of Australia and all over the world. So let’s speak about the first full-format release –“Away from the Haunts of Men”. After I first listened to it, I draw a conclusion that the main component of the music is Black Metal as it was in 90s, blended with riffs and structures far from being canonical, but rather appropriate. and other genres (Doom, Crust, Sludge, Thrash, etc.) are secondary elements which you combine with proper dark and alienated sound to create a musical idea of the album. The worthy idea, which gave birth to your next works. How could you characterize “Away from the Haunts of Men”? Do you think the debut is worth of admiration, or this is just a good contribution to the future of Thrall, and your discography contains more respectful albums?

AFTHOM has many excellent elements. It is a good point of establishment, but it is not the pinnacle of the project. ‘Robe of Flesh’ was by far the best song on that album in my opinion. In hindsight I would have reduced the number of songs on the release. I think the standard of lyrics and concepts are much more refined on VTTE, Aokigahara Jukai and Entropy. AFTHOM is more like a compilation of early songs than a cohesive album with an over-arching theme or song cycle.

“Vermin to the Earth” is the second full-format album. The sound is more prominent and clear here, though the general level of distortion is much lower. At the same time other genres became more audible, but their direct purpose didn’t change. What can you say about “Vermin to the Earth”? In what way does it differ from the previous album? What makes it unique? 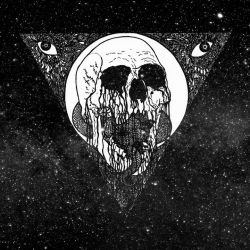 VTTE was recorded very differently to AFTHOM. Drums and guide guitar were all recorded in Osaka at LM Studio with Ippei Suda. Suda recorded Corrupted and I was very impressed with his work and style. I recorded the other instruments at the Gate with Trent Griggs in Tasmania. VTTE was written as a cohesive album with an over-arching theme and structure. I suppose misanthropy is the overarching them of VTTTE. The album was deliberately kept short. A lot of work went into the lyrics. The songs were deliberately kept as simple as possible. I wanted the lyrics to be the focus. A lot of space was deliberately left in the songs. A huge part of the sound of AFTHOM and VTTE is thanks to Trent’s diligence and attention to detail.

Aokigahara Jukai is a forest near Mount Fuji. Jukai means ‘Sea of Trees’. This forest is the most popular suicide destination in Japan. The Jukai also features in Japanese folklore and literature. It is a place that evokes much superstition. It eloquently encapsulates the duality of Japan. The sublime and the abject intermingled. The band photos in the album were taken in Aokigahara Jukai when we were on tour in Japan in May 2013.

Aokigahara Jukai is a conceptual exploration of themes relating to the forest. The album blends Black Metal with Doom, Death Metal and Crust influences. The trajectory of the album takes the listener on a void-ward journey from the opening track to the final deathlike strains of emptiness.

The album was recorded/mixed in a very short time by Neil Thomason at Head Gap Studio in Preston VIC in January 2013. I had previously recorded with Neil in the past with Bird Blobs and other projects that were not Black Metal related. Neil is a master of recording drum kits and bands playing live together. This album was a deliberate attempt to record something like a live Thrall show. The recording was done with only a couple of takes, pretty much live with minimal overdubs. Some of the imperfections were left in. Our previous records were very different because I played most of the instruments one at a time and built up layers. So this was the first record that was done as a band.

Soon after the release of your full-format albums you issued a single “Our Sufferance Howls on the Wind” and EP “Entropy” next year. Nevertheless they were issued independently, the material doesn’t differ much from that of full-format albums, as if it is supposed to be a final word of Thrall, am I right? Tell about these two releases and their role in the band’s creativity.

USHOTW was recorded in the Aokigahara Jukai session. I decided to release it as a curiosity. It’s an out take.

Entropy was intended to be released as a split 10” with Mordbrand on Carnal Records. I was very excited about this release and I regret that it didn’t happen. It was my decision not to pursue the release. At the time I felt that it was unfair to commit to a release when we were unable to tour or promote the release. In hindsight I regret this decision. Mordbrand and Carnal Records have my total respect!

Tell about lyrical and ideological aspects of Thrall. Although the lyrics have a common theme which is disgust for a human and a wish to behold the extinction of the mankind (except you, I mean), each work has its own unique concept, which differ it from others. How much is having concept important for you? What are the lyrics of Thrall about? What makes your works individual?

Death, mass extinction, ant-theism, human decimation of the biosphere, misanthropy, indoctrination, evolution, civilisation versus nature. Thrall lyrics are my way to purge this toxic reality. To cope with the horror of this existence. Wrestling with my own mortality and place among a cursed species.

Let’s now move on to visual design of Thrall’s albums. You, Tom Void, are a composer but also a designer of all artworks of Thrall. Although they are all different, the major element of the artworks is a skull. A skull, given in various angles, surrounded by various images or put in a various background, but still it is a skull, which is a forming element of all your artworks. My question is – how much is visual design important for you? What meaning does the skull bear in each separate album, and in general? Will you use skull in Vermis Ultra, or the project will be of absolutely new visual concept?

Visual design is very important to me. It has always been my intention to have continuity for all of the Thrall design and art. I also illustrate for other bands. I’ve illustrated t-shirts, posters and albums for Regnum, Ruins, Nekros Manteia and Dead River Runs Dry. My next commission is for Funeral Moon.

Now let’s discuss the imagery of your music videos. Who creates the imagery for your music? Should the images reflect the idea conveyed in music, or they have their own idea, which is independent, but no less interesting?

Both music videos were created and conceived by friends of mine. They determined the concept and content and were free to do as they pleased. The Torrent of Death video was by Janssen Herr and the Aokigahara Jukai video was by the Ziltch brothers. I am immensely grateful for the time and work that they put into the videos. 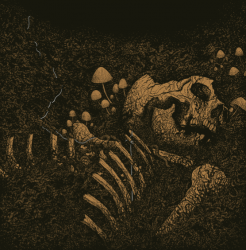 Tell about your personal worldview if it is not of much confidence. Are you adherent to some concrete idea, or you follow your own way, which is not a beaten track? What’s your opinion on such things as Satanism, paganism, misanthropy, nihilism, abstractness?

The best way to get a handle on my worldview is to read my lyrics. I want people to question everything. They should wary of anyone that claims to have the answers.

Tell us about your feelings that you experience on live performances. Do you remember your first concert? And what a concert do you remember most? What do you think about live performance - is it more than just play music alive? You recruited a new line-up and are planning to get on stage in 2017, and it sounds very good…

Some of my favourite shows were the when we played with Inquisition, Absu and touring Japan and also the Hexmass shows we did each December with Ruins.

Transcendence or catharsis through music is a preoccupation of mine. Transcendence can be ascetic/antithetical. I’ve always wanted to make music that is heavy, eerie and hypnotic. Music that evokes meaning and emotion but does not necessarily prescribe it. Hopefully, Thrall’s music and lyrics are open to interpretation and the imagination of the listener.

Certainly there are too many to list here and I am not very knowledgeable.

I plan to record the fourth Thrall album in 2017, to start a new live band and to continue to illustrate for other bands.

Thank you for your interest and time spent preparing questions.