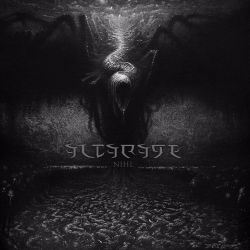 Hot on the heels of their Iron Bonehead-released MMXV 7" last year, Spain's Altarage return with their highly anticipated debut album, NIHL, set for international release on February 26th via Iron Bonehead Productions. Much like labelmates Hic Iacet and Sacrificio, the mysterious Altarage hail from Spain and are a conjuration of musicians with veteran status in the metal underground. The band's opening MMXV assault was a quick 'n' consuming blast of blown-out bestial grind and juddering, volcanic down-tempo surges. However, the record was a mere two songs, and only suggested the synapse-destroying mastery to come. With NIHL, Altarage have created an even wider world-eating vortex that rips asunder the fibers of blackened death metal - and the listener's own comfort levels. The sound across NIHL is absolutely MASSIVE - every guitar tone rich with destruction, every drum hit the echo of war, the vocals once again less like anything emanating from a human and more the sound of a derelict factory's soul being torn apart - which then sets the stage for a full-scale sonic meltdown. Undeniably, the basis of Altarage is firmly within death metal, but the band dutifully strive for the most alien hinterlands of the imagination, where riffs sound less like "riffs" and more like the mangled language of a lifeform both a millennium into the future and the past. Even the song titles themselves suggest as much (among them: "Batherex," "Graehence," "Drevicet," and the telltale "Womborous"), and the cold 'n' calculated, martial 'n' militant manner in which Altarage play likewise suggests life far, far removed from the "human." Taken together, the totality of NIHL is a landscape unto itself, and the work of titanic death metal deviance. Cover and tracklisting are as follows: 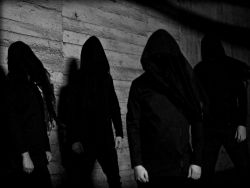