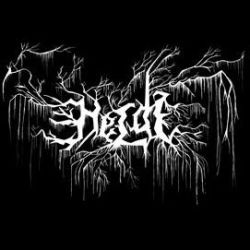 WinterHeim: Hails, Comrades! It happens often that bands who make debut with strong and interesting material have been active for quite a long time and include experienced musicians. And Helde is not exception from this rule. Let’s begin with your biography. Tell us how Helde was formed and what goals were you aiming at in the beginning. Why did you choose such style as black metal for self-expression? What does the name Helde mean? Did your views and aims change during the years of your activity?

T: Yes, you are right; Helde started in 2005 as a project between “A” and “T”, first riffs and songs were made but due to our involvement in other different bands that were our priority at that time, we couldn´t put all our energies into Helde. During the next years we kept meeting and working on some songs and in 2011 we decided that it was the time for finishing the songs for our first recording. At the same time “Az” joined us on drums which was the best option because we had been involved together with him in other bands in the past, so everything was quite natural. Later on “E” entered the band for taking care of the vocals and the circle was completed. Our goal is simple, we just want to create the kind of gloom and cold sounds that we worship and do it with passion. The reason for choosing Black Metal was the atmosphere you can create and things you can express with this sound in an unique way. Helde is an old Basque Word coming from the North side of this area and the meaning is “plague”. As the individuals we are, we evolve with every experience affecting our lives, but the main aim with Helde, which is putting our passion into the sounds we create, keeps still intact.

You debut album “Suaren gerizpea” oddly enough reminded me the later material of such quite well-known band as Numen. But you perform more raw, old school and ferocious music and, as it seems to me, are inspired by Scandinavian BM. Tell us more about the musical component of your album. Are the songs you recorded for it completely new or maybe they have been composed during the long period of time? Was the recording of the album easy or did it entail some difficulties? Are you satisfied with result that you’ve got?

T: These songs were composed during the last 10 years but most of them since 2011. In fact, some songs included in “Suaren Gerizpea” are older than the ones from our previous release. All members in the band live 100km far away from the others and this could make recording a harder experience, but thanks to the great work of our friend Lolo from Corsarios Studios everything went fast and in the proper way. The mastering work was done at Moon Tower Studios and we are really satisfied with the result. We had clear that we didn´t want a super produced album; we wanted something straight and raw. What you hear in the album is what you´ll find on the stage.

Tell us about the conceptual side of “Suaren gerizpea”. What does this title mean and what is album conception about? Are your lyrics in Basque language as well?

T: “Suaren gerizpea” could be translated as “behind the shadow of the fire”, and this is the main lyrical concept of the album, the fire that guide us in our way and that burns everything that we hate. The concept of how we have lost the connection with the Nature and with our instincts is also present, and how all religions have stolen ancient rites and beliefs. In our lyrics we include elements of Basque culture and Mythology because they fit perfectly with the concepts we want to express.

How strong is influence of your nation on creativity of musical bands, for example, yours? I’ve heard a lot of bands form Basque Country, and their music always stood out from what your colleagues from other regions of Spain do. In your opinion, what is the reason for such powerful cultural and historical connection among your people? Is this patriotism, nationalism or more spiritual things? Or maybe there is nothing preternatural and you don’t differ from the others at all?

T: The influence on us is strong because strong is the culture born in this area. Basque Country is a piece of land surrounded by the mountains in the South and the Sea in the North, so in the past the contact with other cultures was no so regular and this created an own language, culture and beliefs. Modern society and some wars almost destroyed this legacy but you can still feel the essence. I don´t believe in laws or actual society systems created by humans so I don´t believe in the concept of artificial borders or nations. The order created by Nature is the one that I prefer to respect.

Is the visual side of your creativity important for you? Should the artwork reflect the musical content of the album? What is depicted on “Suaren gerizpea” cover and is this photo connected with album content in terms of conception? Do you plan to continue to use photos or is there a possibility for painted album artworks in the future?

T: Definitively it is. We wanted the cover to reflect the concept of fire that is present in the album, and in our minds was something sober and straight; this is the reason why we choose this picture for the cover. By now I see ourselves closer to an artwork with a picture into it, but if we find an artist that inspires us enough I wouldn´t discard the option.

What else, besides music, inspiration sources do you have? What is inspiration for you in general?

T: Personally, I feel inspired by all the aspect of life that conform and build my beliefs. The times, culture and place I am living in and the feelings that this provokes on me are my biggest sources of inspiration.

What is the ideological component of Helde? Do you have the common outlook of moral and spiritual concepts or everything is more difficult? How much your outlook is close to widespread currents of the Satanism, Paganism and Atheism? Or maybe our outlook is more unique and deep? What do you think about such concepts as "Misanthropy", "Nihilism"? How much something from this is close to Helde ideology?

T: The components of Helde share the project in a strong way, but as individuals, each of us has his own point of view about life, ideology and spirituality. All of us come from different places, experiences and realities, and this is the reason for each of us having his own perspective in many aspects. Spirituality is a really important issue in life and we have to feed it at the same time that we are questioning ourselves continuously, but one thing is sure and it´s that we don´t respect any religion trying to dominate us and forcing us to deny our instincts.

Whom from local Black Metal scene you can advise \ recommend? Do you keep in touch with bands from other countries? Do you believe in some kind of the union of friendly bands, united in spirit and helping \ supporting each other?

T: Scenes that are quite active and interesting nowadays are Galicia and Cataluña. Traditionally there have been really good proposals coming from these places. We keep in touch with bands from Spain, France and Portugal mainly and I believe that it´s important to work on a circuit where bands, labels, zines and individuals get involved with passion.

Do you plan to perform your music live (at least, number of members allows this)? OrHeldeisonlyastudioproject?

T: After releasing the album we started to play shows and our idea is to keep playing live till we start to work on the new recording.

A: some Russian different stuff as Ragor, Blackdeath, Ulvdalir or Aeiou, or bielorusian Balrog are often played at home, however there are many bands that I feel them, I´m not really into eastern scene.

T: Our plans are to play as much shows as possible in order to promote the new album. Also we have agreed on recording some songs for a split with a friend band that we expect to be released in 2016.

T: Thank you for your interest and dedication. It´s always great so see that there´s still people who wants to put his time and effort in something like a zine. Long life to HellVinter!

A: Long life to HellVinter!! 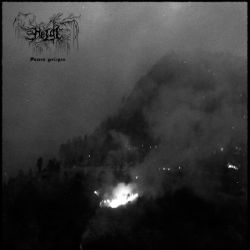 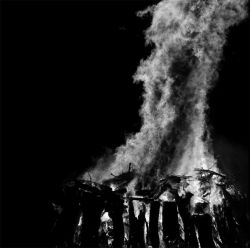